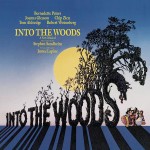 Even when we are on our own, we’re not totally alone. We all live in a community and have an impact each other’s lives. From the person who holds the lift’s door when you’re carrying bags. Or the person who chases you down the street to hand you the umbrella you’ve dropped one block away. Even the person who is rude to you on the bus for no apparent reason; we all feed on the community we live in. It doesn’t matter how much we want to protect ourselves, others will always have an influence on us, and there’s basically nothing we can do about it. The person who holds the lift’s door will help you arrive faster to your destination. The one who hands you the umbrella will help you stay dry when the rain comes. The one who’s been rude may wreck your day for a bit, but another person will brighten it. In a matter of minutes, everything can change. You’ll be the one holding the lift’s door, handing the umbrella, and being rude to someone on the bus.

I don’t know if that’s No One Is Alone is all about, but that’s the feeling I got when I heard it this time around.

Runners Up: Into the Woods (Prologue) • Finale: Children Will Listen • Chattanooga Choo Choo

What Kind of Fool Am I – Jason Danieley 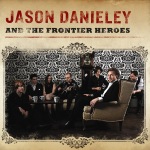 This is the first song to appear twice on the list; should that make it a contender for Top 10? I’m not sure. Anyway, I’ve included it for the same reasons I did before. (Week 04-22/07)

I like What Kind of Fool Am I a lot, for no particular reason. Maybe it is because it is a good belting song for a man, it has a big crescendo, kind of a torch song for a man if you will.

Favourite Lyrics: Why can’t I fall in love / Till I don’t give a damn / And maybe then / I’ll know what kind of fool I am.

Runners Up: Zoot Suit • For My Sunday Gal • That’s All • Dorothy • Long Ago And Far Away • Nimrod • I’ve Got You Under My Skin • He Loves and She Loves • Real Live Girl • She Loves Me • Girl of the Moment • The Lady In Red • I’m Gonna Sit Right Down And Write Myself A Letter

This song was first interpreted by Robert Preston in the movie version of “Mame”, the Jerry Herman’s smash hit from 1966. In the movie, it is used to show the passage of time and the places that Mame and Beauregard visit after they marry. It is arranged in a way that makes it easy for both choreographer and film editor to advance the story.

However, in this version by Kym Hoy, the song evolves into a full passionate and undoubtedly declaration of love. It is a very heartfelt rendition that gives me goosebumps every time I hear it.

I know, I just dropped the name Kym Hoy as if everybody should know who she is. Well, we all should myself included. According to her IMDB page, she has a few acting gigs under her belt; but no Wikipedia page, though. So, Kym put one up, we want to know more about you.

Runners Up: Every Single Little Tingle Of My Heart • Hooray for Hollywood

This is a classic example of what I’ve been saying about Jerry Herman’s songs. His compositions tell a story with a beginning, a middle, and an end.

I Won’t Send Roses comes from “Mack And Mable”, the 1974 musical about silent film director Mack Sennett and the actress he discovered, Mable Normand. Apparently, the show had some troubles, but I’m sure the score wasn’t one of them. This is my favourite Herman musical, every single song is just gorgeous and full of life. Each composition could easily generate a spin-off musical.

This version by Latina EGOT Rita Moreno takes every advantage of Jerry Herman’s style. An older woman tells the story of her first date at 17, with a 35-year old man she has fallen in love, madly. When the man realises how earnest she is, he tries to discourage her infatuation. As any 17-year-old she reacts as if she’s mature and witty enough to handle anything that’s thrown her way. In reality, she is heartbroken. The first time I heard Rita Moreno’s interpretation, it broke my heart; it was such a touching way to describe the first heartbreak. No wonder she has won an Emmy, a Grammy, an Oscar, and a Tony; the woman exudes talent.

Favourite Lyrics: And should I love you, you would be / The last to know / I won’t send roses / And roses suit you so.

Runners Up: Time Heals Everything • In the Still of the Night

Here’s another song making its second appearance on the list this week, well sort of. I’ve already included Almost Like Being In Love on its own. (See Week 05-28/07)

However, This Can’t Be Love makes its first appearance on the list.

In 1961, Judy Garland, who had reinvented herself as a concert performer through most of the 1950s, played the Carnegie Hall in New York City. Dubbed as “the greatest night in show business history”, the recording of this notable concert went on to become one of the most celebrated albums in history. “Judy At Carnegie Hall” stayed over a year on the Billboard chart, 13 weeks at number one. It also won 4 Grammys, and at the turn of the century, it was added to the National Recording Registry of the US Library Congress for preservation.

In 1989, my friend Jesús, who worked at a music library, found the “Judy At Carnegie Hall” record and immediately checked it out – okay, he probably just sneaked it out. He called a group of friends and alerted us he was bringing a special treat for our next gathering at my friend Fernando’s. For younger readers, before iPods and CD burnings, people used to have “tape recording” parties, someone would bring a record and whoever was interested could make a copy of it on a cassette.

One night we all gathered at Fernando’s to listen and tape the two records from “Judy At Carnegie Hall.” I had never heard Judy Garland sing anything besides “Over The Rainbow”, so naturally, I was blown away when I heard her sing live many of her standards. I remember falling in love with this medley, it touched me in a way no other song had done before. As I said in my previous entry for Almost Like Being In Love, “The song captures perfectly the state of elation and happiness that every now and then we experience for no particular reason.” The combination with This Can’t Be Love is just the icing on the cake.

This can’t be love; I get no dizzy spells, / My head is not in the skies.

Runners Up: Ev’ry Time We Say Goodbye • The DeepPrologue (From “JFK”) • Earth’s Creation • The First Garden • Power Flower • When You’re Smiling(The Whole World Smiles With You) • Who Cares (So Long As You Care For Me) • I Can’t Give You Anything But Love • That’s Entertainment 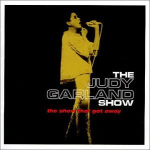 On 6 October 1963, Barbra Streisand came to Studio 43, at CBS Television City in Hollywood, to tape Episode Number 9 of the “Judy Garland Show”. Two days later, on Sunday, American audiences witnessed Streisand cementing her position in showbiz as “the new belter”.

During a casual conversation between La Garland and La Streisand, La Merman interrupts and joins them on stage for a little chitchat. A rather timid, if you can believe it, Streisand just stands around while these two giants goof around and do gags they probably learned during their vaudevillian days. Judy suggests they all do a song, and they do There’s No Business Like Show Business, or at least they try. Although you can see their lips moving, you can only hear Ethel’s voice (I know, shocker, right?). It is perhaps one of the most historic moments of show business ever captured on TV. Two giants reunite on stage with a woman on the verge of becoming one of the most successful, enduring and influential entertainers of the 20th and 21st centuries.

Barbra Streisand has often talked about what a generous artist Judy Garland was. That sentiment is evident towards the end of the song. Barbra seems a bit overwhelmed and hesitant; Judy reaches out, grabs her arm and pulls her closer, so she doesn’t feel left out. That bit has always touched me. It was a very kind and sweet thing for Judy to do.

Runners Up: Stormy Weather • Medley(You Made Me Love You-For Me And My Gal-The Trolley Song) • Rock-A-Bye Your Baby With A Dixie Melody • Swanee • After You’ve Gone • Chicago • Together (Wherever We Go) • Hello Dolly • When The Saints Go Marching In/Brotherhood Of Man • Here’s Judy! Intro/Keep Your Sunny Side Up (outtake) • They Can’t Take That Away From Me • Moon River • You’re So Right For Me (reprise) • From This Moment On • Just You, Just Me • Battle Hymn of the Republic

Here’s To Us (outtake) – Judy Garland

I’m not sure if you’re familiar with “The Judy Garland Show”. It ran on CBS for only one season, between 1963 and 1964. There is an extraordinary book written by Coyne Steven Sanders, “Rainbow’s End: The Judy Garland Show” where you can read all about it. The level of detail in Sanders’ narrative puts you front row at Studio 43 in Television City between June 1963 and March 1964. It is a wonderful read, you should check it out. You can also see a little bit of the show’s history in the 2001’s miniseries “Life With Judy Garland: Me and My Shadows”.

It was no secret in Hollywood that mounting tension between CBS’s executives and Judy Garland had resulted in the cancellation of her show after only one season.

Here’s To Us, from the series finale episode, never made it to air, the musical number that preceded it, and would have explained her clown make-up she wears in the number, wasn’t shot. Therefore, it wouldn’t have made any sense to include Here’s To Us in the final cut.My favourite part of her performance comes towards the end. In a very Fuck-You-CBS way, Judy takes off her wig, fixes her hair, and in a moment only comparable to the Scarlet-O’Hara’s-I’ll-never-be-hungry-again speech, she vows to keep doing what she does best until the end of her days. It is such an extraordinary moment of self-determination and resilience that you just want to snap your fingers twice and say: You go, girl!

Sadly, we only had her for another five years. She had just turned 47 when she died in June 1969.

Almost 10 years ago I came up with an idea for a play called “The Day Judy Died,” which in a way it was the day she shot this number. Like many of the ideas I’ve had in the last 50 years, this has never been put into words until now. You can check it out here:  The Day Judy Died

Link: Judy Garland “Here’s to Us”

Runners Up: Through the Years • Maybe I’ll Come Back • You’re So Right For Me • Get Happy / Happy Days Are Here Again • The Trolley Song • Nelson Eddy And Jeanette McDonnald Medley • FriendshipI Like Men (Medley) • 10,432 Sheep • You’ll Never Know