When I started this project, I never imagined it was going to become such an endeavour.

The original idea was just to choose a few songs to bring with me into the future. Then, I thought I could write a little something about them. Then I figured I could share it in a blog. Then I thought it could more interesting if I shared a few stories of my life. And then I ran out of time. I need more time.

So, here’s the deal. Since, I don’t want to rush my stories because of a deadline,
I’m taking a little break. I’ll be back on 6 February with a brand new list. After that, I will have to cut down my new postings to only once a week every Friday, until further notice.

I’ll leave now with one of my early entries:

Long Ago And Far Away – Helen Forrest, Dick Haymes 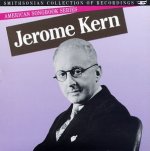 I present you the first song on the list to have peaked at number 2 on the Billboard charts. It was also nominated for an Academy Award in 1944.

Long Ago and Far Away was introduced by Rita Hayworth and Gene Kelly in the 1944’s film “Cover Girl” (one of my all-time favourites musicals) I’m not sure if Rita did her own singing, though. Some sites report a Martha Mears or a Nan Wynn as the real singer.

I’m certain I first heard it in the late 1980s when I caught the movie late one night. The next time they showed it, I recorded it on a Betamax tape. Watching this film was the first time I can recall becoming familiar with Jerome Kern’s music and Ira Gershwin’s lyrics. Writing lyrics to Kern’s music was one of Ira’s first projects after his brother George’s death.

It wasn’t until I moved to the United States that I discovered other versions of the song. The version that I’ve included in the list is the Helen Forest & Dick Haymes’ cover, which is the one that stayed on the Billboard for 11 weeks.

Long Ago and Far Away became one of my favourites scene in the movie. The idea that there is one particular person predestined for you; someone you can dream of, and who will be easy to recognize when you meet him, gave me hope. Such fate seemed so attainable for a man my age that I was certain that was how I would eventually find my pre-destined true love.

Although, many years would go by before I figured out that there is no such thing as the one, this is still the one song I’d love to dance at my wedding.

Link: Gene Kelly & Rita Hayworth – Long Ago And Far Away