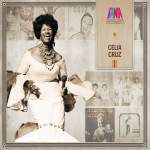 I believe this is the first Celia Cruz song I remember hearing and liking. I guess it was also the first time I heard of Willie Colón. Like most of the songs from this week, I chose this one because I like it; nothing much to say about it.

and forgive me, for continuing with this topic / I do not know how to write [either] a poem or a song / without a love theme. 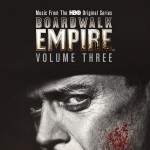 Here’s another song that came to the list only after one play. It is hard to believe that I had never heard this song before. It is the type of song that you would think many artists would have recorded, but not too many have. After a little research, I found out that the song was introduced by Fanny Brice in the 1928 film “My Man”. However, it was popularised by jazz singer Annette Hanshaw.

This version of If You Want the Rainbow (You Must Have the Rain) by Norah Jones comes from the “Boardwalk Empire” soundtrack. One of the many good things about this HBO show was how they took old standards from the jazz era, re-arranged them, recorded them with present talent and re-introduced them. I was introduced to many hits from that era through both the TV show and the three CDs it produced during its run. “The Sheik Of Araby”, “Japanese Sandman”, and “Maple Leaf Rag” are a few of the songs I heard on “Boardwalk Empire” for the first time.

Favourite Lyrics: Sadness ends in gladness, showers are not in vain / If you want the rainbow, you must have the rain.

Runners Up: Miss Venezuela • Abusadora • Celestial Visions • Ibelin • Promenade (Walking The Dog) • Allez Lido! • Merci Beaucoup • He Loves Me • The Peanut Vendor • Out of Nowhere • (I’m a Dreamer) Aren’t We All • Dream a Little Dream of Me

I can’t remember where or when I heard this composition for the first time, probably in some a concert when I was a kid. All I know is that I’ve always known and recognised it as a Gershwin piece.

Rhapsody in Blue has a very calming effect every time I hear it, particularly two-thirds into the composition when the strings come in. It is a very glorious moment, perhaps the instant when all foreign cultures and traditions merge to make up the melting pot that America is, which is what Gershwin wanted to convey with this rhapsody. Although originally composed as a tribute to America in general, it has a closer association with New York City.

You’re The One That I Want – Olivia Newton-John, John Travolta

The first job I ever had was at 13, it was as a car washer. Well, not exactly a car washer. I only had to wash five cars, an aunt’s car, her husband’s truck, and my own household’s three cars. I made 50 bolivars, 60 with the tips. What did I do with my earnings you ask? I went to the record store and bought the “Grease” double album soundtrack. At 13, my parents thought it was time for me to make my own money if I wanted to buy such banalities as the “Grease” record. I know, they just didn’t get “Grease”.

“Grease” (Vaselina en español) opened in Venezuela in the last quarter of 1978. Unlike today, when movies can open simultaneously around the world, back in those days, they opened in groups. There were a limited number of prints to make the rounds in certain geographical regions. So, it’s very likely that the prints we got had already been around throughout a few Spanish speaking markets. That’s probably why it opened four months after it premiered in the States. “Grease” was really the word. It wasn’t just a tagline. Many knew about the film and were looking forward to it, among them my sister, brother and me. We were the first one in our block to watch the movie. My sister went to another movie house with her girlfriends to see it, though. She thought it’d be lame for her and her girlfriends to hang out with her younger brothers.

Needless to say, I loved the movie; I enjoyed every single moment of it, particularly the musical numbers. I thought everything was flawless, I still do. It is one of the best musicals of all time, perfect casting, choreography, direction and music. The movie has stood the test of time brilliantly; 40 years later newer generations are still discovering not only the film but also its great soundtrack.

As for the double record I bought, I think it’s still in my parents’ family room closet. I used to listen to it non-stop. “Summer Nights” and this one, You’re The One That I Want were my favourites.

Runners Up: Summer Nights • Hopelessly Devoted To You • We Go Together • Theme from Jurassic Park • Prologue: Into the Woods • It Takes Two • Stay With Me • Moments in the Woods 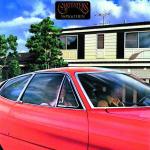 By 1974, my parents’ economic situation had flourished to upper-middle-class levels. My father was the manager of a large car dealer and had become an academic at the State University too. He was making so much money, that within the first months of working at the University; he had enough money for a down payment on a big brand new house in the northern part of the city. We had been living in a small flat in a low-income neighbourhood located on the opposite side of the city. The move implied that we had to go through some major re-adjustments.

The first order of the day was swapping schools. Along with my siblings, I was attending a small co-ed Catholic school in our neighbourhood run by the Saint Rita of Cascia nuns. Strategically, my parents decided that we should switch schools before the move, which was to happen within one or two months after the start of the school year in September. My sister was sent to an all-girls Catholic school also run by nuns (The Saint Mariana of Jesus order). My brother went to an all-boys Catholic school run by Paulists priests. I was supposed to go to the same school as my brother, but the 4th-grade class was full, so my parents had to look for another school.

I ended up going to a very small, I mean tiny, but very exclusive school in the affluent part of the city. There were probably less than 150 students in the entire school, including the first three years of high school. I’m not sure how I ended up there. I believe one of the owners of the car dealer my father managed called the school board and asked them to take me in; I think he was one of the school’s principal benefactors.

With a school already in place, it was now a matter of finding transportation. After a few phone calls, my father found a man who just happened to live nearby and had a daily route picking up kids to take to my new school. There was a catch, though. He could only pick me up very early in the morning, around 6:30 AM. So, every morning at about 6:20 my mother would take me down to the bus stop to wait for Mr Jimmy, I believe that was his name.

Mr Jimmy had a small green van. There would only be two kids on board when he’d come to pick me up, one was Jimmy, his son. The other was Gerardo, another kid from my neighbourhood, a year younger than me whom I had met at my previous school. The three of us attended the same school. What were the chances of another child from my old school transferring to the same small school in the other part of the city I was going? I’ve always wondered. Anyway, Mr Jimmy had two routes. After picking me up, we would drive to the part of the city where most oil company workers lived. In his first route, he would pick up foreign kids, mostly Americans, who attended the “Roberts School”, an American school in the city. After approximately 35 minutes, when all the “Roberts School” kids had been dropped off at the school’s gates, it was time to go pick up the kids from the second route. The second group of kids, like myself, were going to the John XXIII school (no Catholic affiliation, just the Pope’s name). After another 30-35 minutes, we would be drop off at the school’s gates, just in time for the bell.

In retrospect, over an hour on a bus, going around the city, was too much for a young kid, but that’s the best arrangement my parents could find at the time. The trip was long and tedious at times, so we have to find ways to entertain ourselves. Jimmy, Gerardo and I would create games to help us pass the time. I remember counting white cars with black roofs in the highway, crossing our fingers, making a wish, and uncrossing our fingers when we’d see a red car; or something along those lines, the rules of the game escape me now.

The American kids were a friendly bunch, always smiling, and talking among themselves, but we wouldn’t pay much attention to them. Jimmy, Gerardo and I would continue doing our own stuff. The fun ended when we started picking up the rich kids who went to my school. They’d come in and take command of our space. Not that they were mean or anything, but they’d come in and talk about things and places that none of us could really relate. We just sat there and listened to stories of how the other half lived. There were two girls whose names escape me, who used to sing this song, both in English and Spanish. Sing stuck in my head, and there’s no time I listen to it that I don’t fondly remember my days at the “John XXIII” school and my daily journey around the city.

Although the idea was to travel across town for a couple of months, it didn’t go as planned. We weren’t able to move to our new house for another five months, in May, just a few weeks shy of the end of the school year.

Favourite Lyrics: Don’t worry that it’s not good enough / For anyone else to hear / Sing / Sing a song 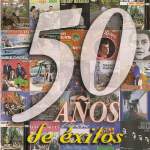 Without a doubt, this is my favourite Venezuelan song; that is, my favourite pop song created by a Venezuelan composer. It is a very simple and romantic way to tell someone the reasons why you love them. I was gladly surprised to find out the song was written in 1965.

I stand here, looking at you / and I’ve found so many reasons / that I conclude the best reason [to love you] is you.

NOTE: With this song, I’ve finished listening to my entire iTunes library. No more runners up after this song. It is time to listen to all the finalists now.

This is one of the most beautiful melodies that I’ve ever heard. Its poignancy comes, perhaps, from the fact that it is not a love song. Although the singer is still very much in love, this is a song about a breakup. It is never clear why the couple is breaking up, but it is very obvious that there’s still a lot of passion in their relationship. So much passion indeed, that the woman announces she has no other option but to remain a cat in heat longing to be reunited with her lover again, under the rain. I know, the drama!