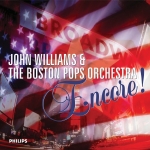 The Roxy was probably the largest movie house in Maracaibo when I was growing up; it even had a balcony, although it was never used. I remember seeing many movies at The Roxy, like “Dumbo”, “E.T.”, and “Back To The Future”. However, the most vivid memory I have of The Roxy is the Sunday afternoon my father dropped off my sister, brother and me, to watch “Gone With The Wind”.

I must have been eight or nine when “Gone With The Wind” came to town. Clearly, this was a time before video stores, movie channels or on-demand services, so, movie studios would regularly have re-releases. I guess this must have been some sort of special occasion, probably the movie’s 35th anniversary.

Earlier in the week, my mother had seen an ad for “Gone With The Wind” in the newspaper’s coming attractions section. She thought it was a film my siblings and I had to watch. That was the thing with my mother, she knew we had to be exposed to certain things as part of our general cultural, and some movies were part of the process. Since she didn’t go to High School, I suppose much of her general knowledge came from reading and watching movies. In previous entries, I’ve talked about the moments in my life when I decided or was inspired to go into filmmaking. However, it was my mother who taught me to love films.

My mom grew up poor. She once told us that when she was a little girl, the family used to live in a small house next to a cinema. Back in those days, movie houses were open-air buildings, a regular theatre without a roof. Every night, she told us, she’d sit out on the patio to listen to the movies playing next door. She could see the lights coming out the roofless theatre, and hear the laughs and cheers of the audience. Being so poor, she rarely watched movies, but she really didn’t mind, after all, she had her own private place to enjoy the movies. She’d sit out on the patio, night after night, listening to westerns, comedies and musicals. I can only wonder, and marvel, how that experience must have been for a small girl. I don’t think “Gone With The Wind” was one of those movies she enjoyed; she was only three when the movie came out, but I’m sure she must have watched it later on.

“Gone With The Wind” would be playing for a week at The Roxy.  So, on Sunday, my mother announced that our father would be dropping us off at The Roxy later that day to watch the film. We had no idea what the movie was about. “A courageous woman surviving a war and getting back on her feet,” my mother said. “It’s about the War of Secession in the United States and what happened after,” my father elaborated. “We want you to watch it, it is an important movie, and some think is the best movie ever made.” My mother added.

My father dropped us off at The Roxy close to 2:30 that afternoon. We went into the packed movie house just as the lights dimmed. As soon as I saw the title “LO QUE EL VIENTO SE LLEVO” slowly scrolled from right to left against an orange sunset, I was mesmerised. By the time intermission came, my siblings and I finally exhaled, it had been an epic first half and we couldn’t believe there was still more to come. I don’t think we left our seats for fear we’d miss the start of part II.

The second part was as enthralling as the first act. This is the part where we understood what our mother meant by this being the story of a courageous woman not only surviving war, but also the aftermath. The things she had to do for herself and the people she was responsible for, what a fascinating story. By the time Scarlett uttered her famous last line, “After all, tomorrow is another day”, and stood at the top of a hill overlooking Tara, I was in love with the movie.

When we came out of the theatre at about 6:30, our father was waiting for us. We rushed into the car and talked non-stop about how much we had loved the movie. By the time we arrived home, our mother had dinner ready. We were hungry; we hadn’t had any snacks at the movie. We sat around the dining table eating and discussing the film. Our father, who’s always had an interest in history, put the movie events in a historical perspective. He explained the differences between North and South, slavery, the emancipation, and his admiration for Abraham Lincoln. Nevertheless, it was my mother’s talking about Scarlett’s resilience and drive to overcome obstacles what I remember the most from discussing the movie around the dinner table. I think my mom always identified with Scarlet’s self-determination and drive. I will always regard “Gone With The Wind” as a gift my mother gave me. (My father gave me “The Day The Earth Stood Still”)

As for The Roxy, I believe it’s still in the city, although I think it is an evangelical church these days.

For Her, for Him – Global Stage Orchestra

It wasn’t too long ago that I talked about the film “Bugsy” (See Week 27 – 183. Ac-Cent-Tchu-Ate the Positive). So, here we have the film’s love theme, For Her, For Him, by Italian author Ennio Morricone. The beauty of this composition lies on how it perfectly captures the torrid and volatile relationship between Bugsy Siegel (the gangster who helped develop Las Vegas) and his mistress, actress Virginia Hill. Ennio Morricone’s compositions always do that; they become an organic extension of the film’s characters and situations. He is one of my favourite film composers.

Up On The Roof – Sutton Foster 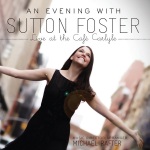 My favourite child, Sutton Foster, makes it to the list again. This time with Carol King’s gem, Up On The Roof. Even if it is not a literal roof, we all have that place that gives us peace and comfort. It is a place where we can go to gather ourselves, and recharge our batteries, to face real life again. In Sutton Foster’s voice, all you need to do is put your ear buds, and get the same calming feeling you’d get by climbing up on any roof.

Favourite Lyrics: Let me tell you now / When I come home feelin’ tired and beat / I go up where the air is fresh and sweet / I get away from the hustling crowds / And all that rat race noise down in the street / Up on the roof 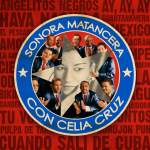 This Mexican song is one of the most recognisable tunes to come out of Latin America; many singers have interpreted it. This Celia Cruz cover is my favourite, and I believe it was the version that introduced me to the song.

However, listening to it this time around, I have found traces of sexism in its lyrics. The song tells the story of a lonely woman, La Bikina, who walks around town without interacting with anyone, and according to the song’s author, that is a problem. In his opinion, this woman must have issues if she chooses not to interact with the many men who try to catch her attention. She must be a snobby, proud and pretty thing who simply ignores the catcalling of men in the street. How dare she ignore them? She must definitely have issues, a broken heart, maybe? The poor little thing. What sane woman could ignore the constant harassment of men on the street? The fact that the author claims he was inspired by women wearing bikinis on a beach makes this song even more sexist. His son suggested women wearing bikinis should be called “bikinas”.

Maybe I’m looking too much into it, I’m sure the author only intended to add a flair of mystery to the woman who he wrote about. 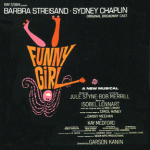 It’s been a while since La Streisand was on the list. Cornet Man comes from “Funny Girl,” the play, not the movie. In the film, they decided to use real Fanny Brice songs whenever possible, so I believe that’s why Cornet Man was dropped from the film version. The song is fashioned like most of Brice’s songs, there’s always a man involved who somehow is affecting her existence. At the same time, the piece is structured to take full advantage of La Streisand’s vocal range. It is a fun song to listen, and it is in my top 10-list of songs that I’d sing if I were ever asked to do a benefit or something.

Favourite Lyrics: The lady ain’t been born / Can take the place of a horn / With a cornet man / A-goin’ where there’s blowin’ / Trav’lin’ cornet man.

Along with “Wilkommen” from “Cabaret”, Comedy Tonight must be, hands down, the best opening number of any musical from the 1960s. In a hilarious and clever way, the song introduces the plot and the characters of the inspired Roman farce the audience is about to see.

Comedy Tonight is one of those songs that can make a show. During previews, “A Funny Thing Happened On The Way To The Forum” had an opening number that just wasn’t clicking with the audiences. The director George Abbott asked Sondheim, in his first show as both composer and lyricist, to write a new song. Sondheim, following Jerome Robbins advice, wrote a song that would let the audience know, right away, they were in for some low comedy. In other words, something convulsive, something repulsive, something for everyone: a comedy tonight! From that moment on, the show was a success and it went on to win six Tony Awards, including Best Musical, Best Director and Best Actor. Moreover, after that, every single revival and staging have been a success.

I saw the 1996 Revival, but not with Nathan Lane. By the time I saw it, Whoopie Goldberg had taken over the role. I believe it was the first time the lead, Pseudolus, was played by a woman. I don’t think I need to tell you Whoopie Goldberg was born to play such a bawdy role. She was fan-tas-tic!

At The Grand Hotel; Table With A View – Michael Jeter, Brent Barrett 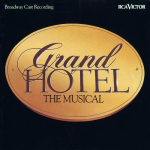 Based on the 1929 novel and 1932 film, “Grand Hotel” intertwines the lives of a group of guests who come to stay the weekend at an elegant hotel in Berlin. Among them, there’s Otto Kringelein, a bookkeeper who’s been working all of his life, but who’s now dying. With all the money he’s made in his life, he comes to stay at Berlin’s Grand Hotel, where he finally expects to have a life once and for all.

Michael Jeter’s heartbreaking rendition of A Table With A View always gets me. It contains the right mix of sadness for his fleeing life, and excitement for the time he’ll spend at the Grand Hotel.

This is one of the roles I’d love to play if in my elder years I give acting another chance. The other role would be Herr Schultz in “Cabaret”.

Favourite Lyrics: I want to know that I was once here / While all my faculties still are clear / And check in to my room / As I plan, at the Grand Hotel