Often I wonder how I could have gone on for so long without knowing anything about Sondheim’s “Follies”. I only discovered it four years ago. Of all the songs from the show, Who’s That Woman is one of my favourites. A group of old showgirls and their former selves gather once more on the stage to do their signature number from thirty years ago.

I recognised Terri White as one of the women who was part of the ensemble of “Liza Live at Radio City”. Her potent voice is hard not to remember. I felt a bit sad when I learned of her misfortunes. Around 2009, she lived on a park bench in Washington Square in New York. Fortunately, a good Samaritan lent her a hand, and she could put her life together and continue her career in theatre.

Favourite Lyrics: Mirror, mirror, on the wall, / Who’s the saddest gal in town? / Who’s been riding for a fall? / Whose Lothario let her down?

You Were Meant For Me – Gene Kelly – Top 10 Contender

It’s becoming apparent that I really like the music from Singin’ In The Rain. This one, in particular, has my favourite verse of all time.

Life was a song / You came along / I’ve laid awake the whole night through / If I ever dared / To think you cared / This is what I’d say to you.

It’s such a beautiful way to introduce the idea of fate rather than randomness when finding love, not just in a romantic sense, but also love among friends.

In the 1998 film “The Object Of My Affection”, this version of the song is used to show the passage of time and the build-up of the friendship between Nina and her gay friend, George. The use of the song is very effective in the film, due in part to Gene Kelly’s earthy vocals; he didn’t have the best singing voice in the business, but there was so much truth, kindness and wisdom in his pitch.

Favourite Lyrics: Life was a song / You came along / I’ve laid awake the whole night through / If I ever dared / To think you cared / This is what I’d say to you. 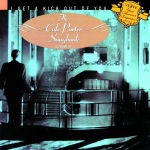 From “Anything Goes”, here’s one of Cole Porter’s wittier songs. The clever rhymes demonstrate why Cole Porter ruled the American musical theatre for many years. Full of cultural references, the song was a massive hit in its day.

Although I have many versions of You’re The Top, I’ve decided to include Louis Armstrong because I believe his style makes the song sound timeless.

This being Cole Porter, I can’t help but wonder if this versatile song was written with a double entendre. Do you know what I mean? Someone’s always at the top and another at the bottom in a relationship. Then again, I’m not sure how long the words “Top” and “Bottom” have been used to describe the roles men take during sex with other men. I always find it amusing when young gay men listen to this song for the first time at a karaoke bar. They usually point at each other when they hear, “but if baby, I’m the bottom, you’re the top!”

Favourite Lyrics: You’re the Nile, / You’re the Tower of Pisa, / You’re the smile on the Mona Lisa / I’m a worthless check, a total wreck, a flop, / But if, baby, I’m the bottom you’re the top!

I don’t believe I ever watched an entire episode of “Beauty And The Beast”, the TV show from the late 1980s. However, I’m not sure why I bought its soundtrack in the early 1990s; it is not as if I was familiar with the score. Nevertheless, I remember using a few of the record’s cuts in a few of my university projects.

Catherine’s Lullaby, in particular, was a source of inspiration for a script I wrote for my writing class. The objective was to write a script without dialogue. In early 1991, the United States was involved in Gulf War I, so my script dealt with a young army reserve mother. She receives a letter calling her to report for service. Her husband doesn’t want her to go, but she leaves anyway; her country needs her. Ultimately, he ends up supporting her decision to go to war. Now that I think about it, the script sounded like war propaganda. Could it be that I bought into the whole war thing back then? That’s someone I wouldn’t recognise if I were to meet him today.

The second time I used Catherine’s Lullaby was in the mid-1990s. It was used as the central theme in a microenterprise presentation that I did at work. I can’t recall the exact circumstances, but at the end of the presentation, a group of micro-entrepreneurs and small business operators sang the praises of the NGOs, giving them loans to build their enterprises. Of all the work I did while working at the IDB, it was the work in the microenterprise area the one I found the most fulfilling. It was incredible to see how far a small business loan will go in a small community. The benefit isn’t only for the loan recipient; it creates a series of events that, in the end, will impact the community as a whole. Fact: Microenterprise projects are particularly fruitful when women lead such ventures.

I believe this song is a love letter to mistresses and lovers worldwide. It is a recognition that those people, often portrayed in a bad light, are no less human than the wives or husbands of the ones they’ve fallen for. In its original incarnation, Fifty Per Cent is sung by a widow who has fallen in love with a married man in a dance hall. She proclaims to the world she’d rather have him only for a few hours in the night than not have him at all.

This is perhaps one of the most poignant songs, initially written for a woman that a man could sing. Not many have done it, though. I think it is a very tough song to do, even for a woman.

It’s strange, but we rarely think of the number of men who fall in love with other men who are married to either a woman or a man. Their stories are as touching and heartbreaking as those of their female counterparts.

The song can also be associated with marriage equality. “There’s no piece of paper saying that he’s mine”; that line always gets me. It used to be heartbreaking to hear it from a man. Not so much anymore. As more countries recognise same-sex marriage, the line will just become a reminder of how unjust the world used to be.

Favourite Lyrics: So I don’t share his name / So I don’t wear his ring / So there’s no piece of paper saying that he’s mine / So we have don’t have the memories / I have enough memories / I’ve watched enough mornings / I’ve cried enough evenings / I’ve had enough birthdays to know what I want.

Opening: I Hope I Get It – A Chorus Line Company

To relate to this song, you don’t have to be a dancer trying to get a job on a Broadway show.
Every time we look for a job, we put ourselves on the line. If we really need the job, we willingly strip away our defences to present a raw version of ourselves and be judged by a panel. We remind God – or his equivalent, how much we need the job, and then we jump through every hoop the potential employer puts us through. We meet with different people; we’ve done our homework, so we know what we have to say to make us look like the best candidate for the position. We answer all of their questions, the same questions we’ve been answering for years. We hear a new question every now and then, but we know how to handle an inquiry from the left field. In the end, we’re exhausted, but we know we have given our best. We just need to wait for their decision.
When we get the job, we experience relief and happiness, but there’s also a brief and quiet moment of emptiness. It is a strange feeling; how can we feel so lonely and defenceless when we’ve just landed a great opportunity? It’s something that I wouldn’t try to explain; I just let it be.

We end this week with the lovely Megan Hilty and this ditty from “Smash”. We’ve talked about the problematic show in the past. The look at the behind-the-scenes of a Broadway musical was a great idea, but it never flourished properly. However, the music written for “Bombshell”, the Marilyn Monroe musical within the TV show, was excellent; so good that they may bring the actual musical to Broadway.

Although Katherine McPhee introduced the song, I chose Megan Hilty’s version because I loved her as Ivy, the role she played in “Smash”. At the end of season one, the show is in previews in Boston; there’s a new Marilyn (McPhee) after the original Marilyn (Uma Thurman) pulls out of the show. Writing partners Julia and Tom (Debra Messing and Christian Borle) have only a few hours to develop a new song for the show’s finale, and boy, do they deliver! Don’t Forget Me is not only Marilyn’s plea to be remembered but also a request to lend a hand to those who need it. Through the lyrics, she reminds us that there are people who simply can’t do it on their own. Those special people need help and protection from the ones who have strength.

Although looking out for the needy is not a new message, it was nice to be reminded of one of the missions we all should have in life. We all need to protect and care for those in need without judgment. We must guard and preserve their humanity.

Favourite Lyrics: There are some in this world who have strength on their own / Never broken or in need of repair / But there are some born to shine who can’t do it alone / So protect them and take special care / Take care.