This isn’t the first time I have included a cut from this gorgeous soundtrack. Mostly like with “The Grotto” (See Week 09 – 57. Friday 22 August 2014), The Dance Sequence is a medley of Cole Porter’s songs used in the 1982 film “Evil Under the Sun.” The Agatha Christie mystery featured many stars, including Peter Ustinov, Maggie Smith, Roddy McDowell and Diana Rigg. The fabulous piece is used to show a montage of the whereabouts of all the characters when a glamorous star is murdered on the beach. A particular Porter song is used throughout the film as a character’s theme. At this moment, all the tunes come together to frame the movie sequence. The superb arrangement comes courtesy of John Lanchberry, the only arranger I’ve given credit on this list.

Another reason I include The Dance Sequence; it reminds me of the kind of music they used at my school during gymnastic galas. Do you know what I’m talking about? Maybe that only happened in my school, as I have not seen them executed in any other place, or at least, I haven’t seen them in a long time. The kids would wear white t-shirts, white shorts, white socks, and white sneakers and would come out and just do unison gymnastic poses. The boys usually do stuff with sticks, and the girls would use pom poms or gymnastic ribbons. When I was a kid, I was usually game for anything except for “Gala Gimnasticas”. I thought they were the most utterly ridiculous thing kids could do. I can only hope they’ve gone out of fashion.

This time with its rightful owner, La Streisand, Don’t Rain On My Parade comes to the list for the second time. The first time was in Week 5, in the form of a duet between La Garland and her daughter, La Minnelli. I could not have included this song for the second time. I had to. In my book, this is La Streisand’s most iconic of her songs for one particular reason.

It is funny the way our memories work. I like to tell the story of how the events around the moon landing in 1969 were my first real memories. I don’t recall the exact moment of the landing, but I remember the overall atmosphere. However, I can distinctly recall the first image may have come into my memory a few months before. For years, I had this picture in my mind of being in a theatre and seeing a woman singing in a small boat in the open sea and then boarding a big ship. The mystery was solved in my twenties when I finally saw “Funny Girl”.

When Babs, as Fanny Brice, leaves the Ziegfeld Follies to run after Nick Arnstein, she starts her journey on a train and then on a cab to a New York Pier. Along the way, she sings Don’t Rain On My Parade. However, Nick’s boat to Europe has already set sail. Fanny hires a tugboat to catch up with the vessel and reunite with Nick. At that moment, I realised that the random image etched in my mind was from the movie, which I’m guessing must have been the first film I ever saw. It was a nice thing to realise that.

Favourite Lyrics: But whether I’m the rose of sheer perfection / A freckle on the nose of life’s complexion / The Cinderella or the shine apple of its eye / I gotta fly once, I gotta try once.

Recently I wrote an essay in which, among many things, I questioned if Brazilians made the most beautiful music in the world. I had to answer “yes” and move on with the rest of the essay. It is one of those statements that don’t need further explanation. It is a fact that Brazilians make the most gorgeous music in the world, period. Take The Girl From Ipanema as an example. On second thought, just listen to it, close your eyes, and let the touching melody inundate your soul. It is a song that needs to be felt, not talked about.

This tune brings wonderful memories of my first trip to Rio de Janeiro when I was 14; it was an out-of-this-world experience.

During the late 1970s and early 1980s, my parents used to go to the Annual General Motors Convention. My father had two jobs. Besides being an academic, he used to manage a large GM car dealership in my hometown. In 1979, our parents decided to bring my siblings and me to Rio, where the convention was taking place. This wasn’t your regular trip. GM conventions were epic, extravagant and decadent to a certain degree. Although it was mostly an adult gathering, some people would bring their children along. A full agenda of parties and activities awaited us in Brazil. So, a lot of preparation went in before the departure day; my mother had to make sure that she had a different outfit for every day. She also needed to get us ready for the event. Jackets, shirts, shoes and tailor-made suits were for my brother and me. My sister got the same treatment, shoes, dresses, and even an evening dress designed exclusively for her by our next-door neighbour, a well-known dressmaker in the city.

The trip to Rio started in Caracas, where we boarded a Pan Am 747 for the six-hour flight. Every attendee to the convention had to carry two bottles of scotch in a bag. Liquor was so expensive in Brazil that the organisers had decided to bring their own booze to Rio. The easiest way was to buy it in Venezuela and then have the travellers carry it into Brazil as duty-free items. Kind of sneaky, I know, but still within the law.

We landed in Rio around 7:00 AM on a Thursday morning. We went to the Rio Palace, a brand-new hotel at the end of Copacabana Beach. After checking in, we put on our swimsuits and ran to the beach, where we swam and enjoyed the warm waters of the Atlantic Ocean. Later, we took a stroll around the area, and after a few turns, we found ourselves on Ipanema Beach. It was a pleasant surprise to know we were staying so close to the Rio neighbourhood that had inspired the famous song.

During cocktails that night, a small band played the song. It was the first time I heard The Girl From Ipanema live. It is an image that’s been etched in my mind since then.

The rest of our stay in Rio was as fabulous and extravagant as we had envisioned it. We partied, went places, ate all the time, and danced the samba until our feet hurt. After Rio, we went to Buenos Aires.

I went back to Rio de Janeiro in 2001 for work. This time, I stayed at a hotel on Ipanema beach. I couldn’t help but wonder if any of the roads around the hotel was the street where the girl from Ipanema made each one goes, Aaahh.

Tall and tan and young and lovely, / The girl from Ipanema goes walking / And when she passes, each one she passes goes, “Aaah…”

Although I’ve never seen “Guys and Dolls” on stage, I think it is one of the coolest musicals written in the 1950s. You have gamblers, missionaries, a quick trip to Havana, and beautiful songs with crafty lyrics. How can that not be cool? You can find its main title, Guys and Dolls, among the many witty songs. I love how the two gamblers, Nicely and Benny, used their street wisdom to explain the change of habits that are evident in a guy when he has fallen in love with a doll. It is a fun, amusing song.

It is such a cool song that Sinatra demanded that he be part of it on the musical’s film version, even though his character, Nathan, doesn’t sing it in the play. The song deals with Nathan losing his coolness because he has fallen in love.

Before the Parade Passes By – Carol Channing

Have you ever felt that you’re missing out on something but don’t know what it is? You may wake up in the middle of the night with an uneasy feeling that something is wrong. At first glance, nothing seems amiss. You have a good job, you’ve locked the front door, you’ve paid all your bills, you’re healthy, and you have good friends, and yet the following night, the same panic attack awakens you again. The pattern continues for weeks until it hits you in one of those sudden awakenings. You have unconsciously checked out from life for unknown reasons. The startling jolt in the middle of the night is nothing less than your spirit demanding you join the human race again.

Years ago, while in therapy, my counsellor told me I spent too much time thinking about the future but very little time in the present making plans to get to that future. At the time, I had one of those moments that we call “a breakthrough” in Psychology. She couldn’t have been more right. I had to change my ways, and so I did. No more fleeing the present. I stopped living in the future, but that’s all I did. When I couldn’t see a future anymore, there was no need to live in the present, planning for a future that I couldn’t foresee. Hence, I checked out and just started living daily, convinced that this was as good as it was ever going to get. A year ago, after one of those panic attacks in the middle of the night, I decided to get back in the world as I fell asleep again. I decided to let the parade go by, join it and follow it until the end of the line. There are things that I may still do now so I can have the future I’ve always dreamed of.

Favourite Lyrics: I’ve gotta get in step while there’s still time left / I’m ready to move out in front / Life without life has no reason or rhyme left / With the rest of them / With the best of them / I wanna hold my head up high / I got a goal again / I got a drive again / I wanna feel my heart coming alive again

I’m not sure how many of you remember the 1994 film “Il Postino”. The movie, about the fictional friendship between a postman and Chilean poet Pablo Neruda, was a huge success when it first came out. The soundtrack was popular, too, since it included not only original compositions but also many Neruda Poems read by famous actors.

Il Postino Poeta frames the unexpected and emotional end of the movie.

Sadly, the principal actor and scriptwriter, Massimo Troisi, didn’t live to see the film’s success. He suffered a fatal heart attack 12 hours after the film wrapped. He had postponed the much-needed heart surgery so he could finish the movie.

This must be the composition souls hear as they ascend to heaven. 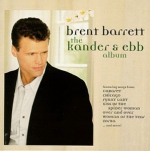 Here’s another Kander and Ebb song and another tune by Brent Barrett. I would have never thought I’d be including so many songs by Broadway star Brent Barrett, but this is his ninth and final appearance on the list. I love his voice, and he’s not bad in the looks department. Actually, he’s pretty hot. Google him.