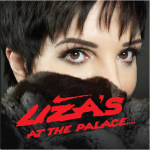 God bless Liza! The woman has had her ups and downs for most of her career. The press well documented her struggles with drug addiction and alcohol dependency. However, no doubt La Minnelli got her mother’s performing genes. Just like Judy Garland did in her day, Liza has always managed to leave her demons behind every now and then just to give her audience some amazing live performances. Case in point, “Liza’s At the Palace”.

Liza’s show at the Palace Theatre on Broadway was one of the theatrical highlights of the 2009 Broadway season. The show, a tribute to Judy Garland’s vaudeville career and Kay Thompson’s nightclub act, went on to win a few awards, including a Tony award.

The “Liza’s at the Palace” double album was recorded in a studio before the show opened rather than during a live performance. I’m not sure what’s behind that decision, but I believe the album producer wanted to get the best out of La Minnelli’s voice. The second part of the album includes a recreation of Kay Thompson’s nightclub act, which is the part that I like the best.

I can’t believe I went for years without knowing anything about the accomplished and fabulous Kay Thompson, who happened to be Liza’s godmother. Hello, Hello used to be the introduction number to her nightclub act with the Williams Brothers, the famed quartet whose better-known member was Andy Williams. The combination of this cute ditty with Liza’s energy makes this song a real standout.

This is La Minnelli’s eighth and last appearance on the list. Thanks for entertaining me through all these years, Liza.

Favourite Lyrics: Hello, hello. / Hello and how do you do / How you’ve been and Whoop-Dee-Doo! / And a big fat western howdy / Howdy!

How About You? – Michael Feinstein 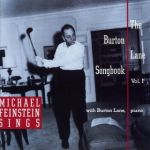 Michael Feinstein’s records introduced me to most of the Great American Songbook or American standards. Throughout his career, Feinstein has highlighted the outstanding compositions of the first part of the 20th century and their authors, particularly all the work they did on Broadway. I’m sure he’s recorded all of them at one point.

Although Feinstein didn’t introduce me to the song, it is his rendition that made me fall in love with How About You?

Favourite Lyrics: Holding hands in the movie show / When all the lights are low may not be new / But I like it, how about you? 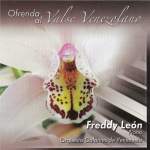 On July 6 of this year [2015], I woke up and thought: “Well, this is it. I’ve officially lived more than half of my life plus one day away from Venezuela.” True, it was only by one day, but it was a fact nonetheless. However, it was probably five years ago that I started to describe myself as a “Venezuelan-born Kiwi [insert adjective]”. It seemed silly to label myself as a Venezuelan when I had lived away for 20 years. As a matter of fact, I had already lived most of my adult life abroad. I couldn’t relate to what it meant to be a Venezuelan anymore.

Now, if I don’t feel like a Venezuelan anymore, what do I feel like then? Hard to tell. Of the 25 years I’ve been away, I’ve spent 13 in the USA and 12 in New Zealand. Although I’d say that I feel more culturally American than Kiwi now, I’ll give myself a few more years before I answer that question.

It’s not as if I have cut all ties with the place where I was born and grew up, though.

Venezuela, like much of Latin America, is a country made up of varied cultural influences. The combination of the indigenous groups, the Spaniard settlers, the African slaves and the European Immigrants of the 20th century gave the South American country a distinct character. So, I can still appreciate Venezuela’s rich musical tradition when it comes to its music. A handful of songs have become part of Venezuela’s heritage. Do you know what I’m talking about? I speak of the folkloric songs that can bring a tear to your eye if you hear them when you’re overseas and even uncontrollable sobs if you’re drunk. For most Venezuelans, that song is “Alma Llanera”, but I don’t like that one; actually, I dislike it a lot. It just doesn’t do it for me.

For me, it is Diablo Suelto, or Devil on the Loose, the song that does the trick. Every time I hear this 1888 waltz, I let myself go and feel the Venezuelan spirit running through my body again. My soul embarks on a trip back that sets me loose through a beautiful land full of stunning people. The sound is quintessential Venezuelan; I can hear the cuatro, maracas, and harps. I close my eyes and see gorgeous women flap their wide, long, colourful skirts, just like birds about to fly. Men wearing impeccable white jackets and trousers dance around them. I can feel my hometown’s intense sun shining on my path through the downtown streets I walked as a kid holding my grandparents’ hands. The fresh breeze of Maracaibo Lake cools me down again while my parents tell me stories before I fall asleep at night. I drive down 72nd Street, and I hear the noise of the city overlapping with the distant laughter of my friends coming from the places where we used to hang out. The smell of freshly made arepas and empanadas in the many foods stands around town impregnates my senses again. I turn the TV to witness a country full of young people working, united, towards the place Simon Bolivar dreamt of Venezuela could be. When I hear this song, I’m not just a Venezuelan. I’m every Venezuelan. I carry all their dreams, hopes, illusions and prayers with me.

I shall return one day.

“Rent” is the only show I’ve seen twice on Broadway. That’s how much it impressed me. The first time, it was one of those shows that I knew little about it, although it had already won a Pulitzer Prize and four Tony Awards. Then, one cold winter Sunday morning in 1997, Ronald, my partner at the time, and I stood in line in front of the Nederlander Theatre, hoping there would be some cancellations. We were lucky enough to find two obstructed-view seats in the orchestra, which mostly hid a small section stage-right, so it wasn’t that bad.

A few minutes into the show, I was hooked, which surprised me since I had already made up my mind about rock music then; it just wasn’t my thing. However, the story was so compelling and the performances so superb that I was utterly and most definitely in love with Jonathan Larson’s masterpiece by the show’s end.

For days after we’d seen the show, we couldn’t shake off the images and sounds of the play. We didn’t have any other option but to book a trip to New York later in the year to see the show again.

Late in June that year, we went back to the Nederlander to see the story of impoverished artists in the East Village for the second time. On this occasion, our seats on the balcony offered a centre-staged view of this moving play inspired by Puccini’s “La Bohème”. Again, I overly enjoyed the show; I clapped, danced on my seat, laughed my ass off, cheered until my voice was raspy, and cried my eyes out.

For years after seeing the show, I would talk highly about it and describe it as a great theatrical experience. I couldn’t stop encouraging people to see it.

As I listened to my entire music library in preparation for this blog, I started to expand my view of the show. Twenty years after it premiered in New York, today, “Rent” stands as a work of art that contains perhaps the most references to the 1990s. La Vie Boheme is not only full of cultural references but also offers a glimpse into how people in this particular generation related to one another at the time. Years from now, historians will find in “Rent” a rich source of material to understand the state of mind of the last batch of Baby Boomers and the first group of GenXers in America at the end of the millennium.

If “Melrose Place” is the TV show of my generation, then “Rent” is the musical. When I listen to it now, I can understand and identify with every single feeling the characters go through. I can’t help but wonder if that’s why I initially loved it in the 1990s. The show was about me. There they were on stage, all my anxieties, frustrations, hopes, failures, ambitions, fears, sexuality, openness, religion, commitments, artistry and soul. There they laid, all the parts of my entire self, dissected on stage and trying to re-assemble back into a whole to help me make sense of my own existence and reason of being. At 31, I couldn’t see that; the show was about somebody else’s life. Now at 50, I see it in a different light and can’t help but wonder how much this show has influenced me in the last 20 years. One day I’ll look into that. 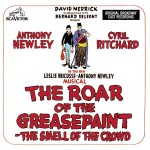 I’m not sure how this song ended up on the list, but I’m glad it did.

You know how I’ve been making this list, don’t you? Starting on 27 June 2014, I listened to my entire music library for a whole year and picked a song a day to bring with me into the future. Towards the end, things became a bit hectic, which is why I guess, The Beautiful Land (Reprise) / Sweet Beginning ended up on the list. Maybe years from now, I’ll be listening to it, and why I chose it will be clear.

Down With Love – Barbra Streisand 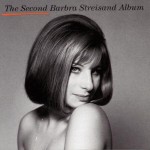 On the last night Barbra Streisand played the Coconut Grove in Hollywood in September 1963, Judy Garland showed up with her usual entourage to enjoy La Streisand’s concert. La Garland was so impressed by La Streisand’s talents that she insisted she did her show before she left Los Angeles. A few days later, on October 4, La Streisand came to Television City to tape the ninth show of the “Judy Garland Show”.

Among the songs she sang was this one, Down With Love. After the number finished, she got a loud round of applause led by Garland herself, who was a very generous performer in Streisand’s own words. This is one of my favourite Streisand songs. 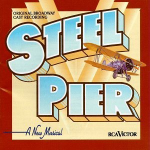 From the geniuses of Kander and Ebb comes this beautiful ditty about a woman’s resolution to abandon an abusive relationship.

Rita Racine and Mick Hamilton have pulled the perfect scam for years. Mick is a dance marathon organiser in the 1930s. Rita, secretly married to him, is a minor celebrity mainly known for being the first girl to kiss Lindbergh when he landed after his historic crossing of the Atlantic. She always enters the marathons Mick organises as a hopeful dancer.

He always manoeuvres to make sure she wins the competition so they can keep the money prize. This is their last marathon. After this one, they’re going home. When Rita discovers that the future that Mick has offered her doesn’t really exist and that she has to do as many marathons as he tells her to, she snaps. She stops pretending that everything will ever be alright. Her disillusion, combined with a bit of fate, convinces her it is time to end the abusive relationship with Mick and walk away altogether.

This unsuccessful 1997 musical, “Steel Pier”, is my favourite Kander and Ebb show. This is the play I often fantasise about directing on film. It would be a movie driven purely by humanity.

That’s the thing with Kander and Ebb’s shows; all of their songs make us think about the society of the characters who sing them, rather than their traits and actions. Kander and Ebb’s songs celebrate humankind at its best and often at its worst.