I’m Putting All My Eggs In One Basket – Louis Armstrong, Ella Fitzgerald 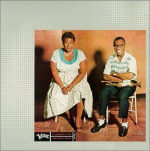 Back in 1991, while attending American University, I had to do a project for our video production class. I can’t remember the specifics of the project, but my teammates and I decided to use I’m Putting All My Eggs In One Basket as the theme of our production. If I recall correctly, a girl invites a guy over for dinner at her place, probably their second or third date. We can hear her thoughts as she prepares the meal. (“Will he like this meal? Do I look okay?”) We can also hear the guy’s thoughts as he’s about to knock at the door (“I look so good. I’m sure I’ll score tonight”). It’s all coming back now. That was one of the tasks; we had to use voice over as part of our narrative. We thought it was tacky, but did it anyway.

Throughout the disastrous dinner, (can’t remember why it was a disaster) we keep hearing the couple’s thoughts. I believe they also talked to the camera, documentary style. In the end, they had some connection and decided to go for it; probably out of laziness, rather than real attraction, which is where the song tied in with the story. In retrospect, we should have used actors in their 30s; it would have been more believable. We used actors in their twenties who were trying to get some acting experience, you know the type. I can’t remember their names, I wonder if they ever made a living as actors. I still have a copy of it somewhere; I should fish it out.

Favourite Lyrics: So, I’m putting all my eggs / In one basket / I’m betting everything / I’ve got on you.

Runners Up: My Kind Of Town • I’m Still Here • A Fine Romance • Love Is Here To Stay • Let’s Call The Whole Thing Off • Wave

Lullaby of Birdland is a song that has inspired one the many stories that have lived in my mind for a long time.

In 1993, while in Trinidad and Tobago for work, I had the chance to visit a Scarlet Ibises reserve, and was taken aback by birds beauty and grace.

Upon my return to the United States, I came across this Ella Fitzgerald song. In a matter of days, I had already come up with a story of love, betrayal, jazz, murder mysteries, black magic, oil production and reincarnation. The story expanded a hundred years and took place in Trinidad, Venezuela, the United States, and England.

You can check it out here: Scarlet Ibis – Story Idea for a Novel

I may write that story one day; I want to know how things develop.

Favourite Lyrics: And there’s a weepy old willow / He really knows how to cry, / That’s how I’d cry in my pillow / If you should tell me farewell and goodbye. 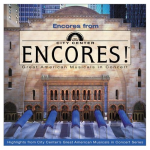 I always thought this was a beautiful song. However, I only started to love it when I heard this version, which is the way it was presented in the original “Do-Re-Mi” musical, where it was first introduced.

I may not be as romantic these days as I was in my younger years, but there’s something about the lyrics that still makes me hopeful about one day being in love again. “One face that lights when it nears you, one man your everything to.” The lyrics are unassuming and sublime.

Favourite Lyrics: Make just one heart the heart you sing to. / One smile that cheers you, / One face that lights when it nears you. / One man you’re everything to.

Runners Up: Overture Candide • Moonlight Serenade • Sing, Sing, Sing • America Medley • Overture To Do Re Mi • The Hostess With The Mostes’ On The Ball • It’s A Lovely Day Today • Where Or WhenI Wish I Were In Love Again • Zip • From This Moment On

My maternal grandfather was an interesting character. By the time, he came to live with us in the early 1970s; he had already lived quite a florid life. He came from a family with some sort of lineage traceable all the way to Spain. His parents arrived in Maracaibo at the turn of the 20th century from a region south-west of the city, where only Spaniards had lived for generations. I’m not sure how my grandfather spent his early years, but I believe my mother has told stories of him working at a convenience store owned by his parents, which is where he met my grandmother. They never married; back in those days, it wasn’t common for young men of a certain position to marry girls of limited means. I’m of the opinion that perhaps my grandmother, who already had a child by another man, thought that was as good as it was gonna get for her. So, she didn’t push for marriage.

Earlier I said he was interesting, allow me to change that to “particular.” I grew up listening to stories about his peculiarities. He would put iron nails in a glass of water, let them soak overnight, and then drink the water in the morning. Why? You may ask? He’d do it whenever he felt he was low on iron. Once, he organised a séance at my parents’ first house to get rid of a ghost who was tormenting them, particularly my father. Oh yes, although not a spiritist (he didn’t have the right stuff to be one) he was a self-taught scholar of espiritismo or spiritualism. At some point, he was the president of “La Sociedad Espiritista de Maracaibo.”

But not all was eccentricities. He worked for the city government until he lost his job for attending a pro-democracy political meeting in the 1950s. With the help of his brother, he built the house where he lived with my grandmother, mother, and aunts in downtown Maracaibo.

He was also a composer, a lyricist, and a poet. I’m sure I may be romanticising his life and accomplishments, but isn’t that what we do with our grandparents’ lives? We grow up hearing their stories and assuming that their lives have been more fascinating than ours will ever be. He loved to whistle. We would playfully call him the canary. Whether he was doing some work around the house or just reading the newspaper, he could whistle entire songs; tangos were his favourites. I’m almost certain a few of those may have been original compositions. I believed I learned to whistle by copying him.

Of all of his grandchildren, I think I’m the one who looks more like him. Not only physically (I’m as short as he was) but also personality-wise. I believe I have many of his traits. I may not leave iron nails soaking in a glass of water overnight, but I’m sure I do its modern day equivalent.

Runners Up: The Surrey With The Fringe On Top

On A Clear Day (You Can See Forever) – Barbra Streisand 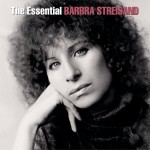 This is one of those belters La Streisand was born to sing. Such simple lyrics get a new meaning when she sings them. You just want to be part of that bright day when you’ll be able to see things clearly, a day that will mark the start of the rest of your existence. Everyone should have this little self-affirmation ditty in his or her iPods. Brava! Barbra! Brava!

Favourite Lyrics: On a clear day / How it will astound you / That the glow of your being / Outshines every star.

Runners Up: Shall We Dance? • Tie Me Up! Tie Me Down! • For Her, for Him • Vida Mia • Lover, Come Back To Me • My ManSecond Hand Rose • Don’t Rain On My Parade • Happy Days Are Here Again • EvergreenNo More Tears

This may sound pedestrian, but I consider A Piece of Sky a song that may have launched the life that I ended up living. I hadn’t listened to it in a long time, but when I did this time around, I realised that some of the lyrics are part of what I consider my philosophy of in life. A sort of motto that can be described, as “I’ll never know enough of one thing to think that I’ll ever have a final answer about anything”. Does that make any sense? Let me put it in other words, I’ve never been a know-it-all. Although I am opinionated, I’ve always been aware that my learning process will never stop; I have to be able to adapt to new things and situations as they arise, and give myself permission to change opinions.

A Piece Of Sky also inspired me to see what lay beyond my front yard.

Although my parents were traditionally in their approach to raising my siblings and me, they always offered a bit of latitude for us to try new things. The only thing non-negotiable, my parents demanded of me, was that I have to university. I could choose any field of study as long as, after five years, I came out with a diploma saying I was a Licenciado. I don’t suppose I’m unique, I’m sure many of my friends’ parents had the same approach.

However, I always perceived society didn’t always offer an encouraging setting for a change. I’m not saying it was a castrating society in any way, but it didn’t go out of its way to show you possibilities other than the ones it offered itself. There wasn’t anything wrong if you went against society’s expectations, however. Your decisions were respected, and your successful endeavours were celebrated.

Venezuela was one of the wealthiest countries in the world when I grew up. Everything, you needed, was available at your fingertips. So, why would you leave everything behind to go out on a limb and try your luck in another society? There was no need to emigrate; if you did it was because you already had a job overseas. Things eventually changed in the late 1980s, and they keep changing but I don’t want to go into that.

I guess A Piece of Sky moved me to consider for the first time the possibility of a different life outside Maracaibo. Perhaps I should try to spread my wings as soon as I had an opportunity, I thought. For the first time, I saw feasible having a different life from the one I was supposed to live. However, I want to be clear that there wouldn’t have been anything wrong had I stayed in Maracaibo; I would have made it work.

Runners Up: Just in Time • Fly Me To The Moon (In Other Words)

Pick Yourself Up – Mel Tormé

I guess there is not much point in explaining why this song made the list. The lyrics are very unassuming, and yet its overall message can turn around anybody’s life. This Mel Tormé’s version is quite uplifting; I often listen to it.

Album: An Evening With Mel Tormé

Favourite Lyrics: Don’t lose your confidence if you slip. / Be grateful for a pleasant trip, / And pick yourself up; dust yourself off; / Start all over again.

Runners Up: My Favorite Things • Night And Day • There’s No Business Like Show Business • Everything’s Coming Up Roses • I Get A Kick Out Of You • Something For The Boys • Some People • Alexander’s Ragtime Band • I Got Rhythm • They Say It’s Wonderful • La Cage Aux Folles • Not For The Life Of Me/NYC/Astonishing • Up on the Roof • Down With Love • Anyone Can Whistle/Being Alive