Back during the first weeks of the list I included “Just In Time” (See Week 4, #24). At the time, I told you about an independent study I had done during the summer of 1991. The idea was to write a series of scripts for a TV show to ease the integration of Central America refugee children into the American culture.

My scriptwriting professor at American University, John Douglass, helped me with the script treatment for the series; its basic premise and the places the plot could go. The series name was “Living In Monte Placer” or “Living in Mount Pleasant”, a mostly Latino neighbourhood in the District of Columbia. Each episode was to deal with many things, such as immigration issues, language barriers, and employment matters affecting the members of an El Salvadoran family, five adults and three kids. Among the supporting characters, there were three elderly tenants, an Italian immigrant, her husband, and an African American woman.

The three old people befriend the children, and in a way, become a cultural sponsor to their American experience. One of the children, Marcos, a recent refugee from El Salvador, doesn’t speak any English at all, and can’t read or write either. One episode, in particular, “Let’s Jazz and Learn English”, Claire, the African American elderly, a retired schoolteacher, comes up with a method to help Marcos learn English. She sits at the piano and sings Let’s Call The Whole Thing Off, with special lyrics she’s made up to help kids learn English as a second language.

I have scanned those pages from the original script and you can read it here: Let’s Jazz And Learn English. The script was originally written in both Spanish and English, however, on my final paper, I had to type it all in English. The bold sentences are lines of dialogue meant to be said in Spanish.

I tried to continue working on this programme for my non-thesis project; I wanted to tape a pilot. However, there wasn’t enough interest in the School of Communication. The two or three professors I approached told me how hard it’d be to get a project like this from the ground up just by a student. The fact that it was a bilingual project didn’t help matters.

I shouldn’t say this, but it was a good fucking project. I re-read it as I prepared this entry, and I was impressed by how good it was. Not only it had good story lines, but also the characters were so well crafted. The scripts were funny, and I nailed the educational part, and I owe all that to the guidance of Professor John Douglass, who taught me how to tell a good story. I wish I had kept working on it even after I finished my master. Shoulda, coulda, woulda. 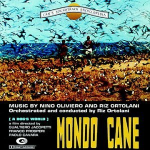 I believe this melody to be one of the prettiest songs ever composed for a film. It takes me places every time I hear it. I’m sure a few will recognise it as the famous song “More”, and it is and it isn’t.

Life Savers Girl comes from the 1962 Italian documentary “Mondo Cane” or “Dog World”. In the film, different variations of the melody are used to set the mood throughout the movie’s vignettes. A group of life savers girls is featured with this song.

The song Oscar-nominated “More” is the English version of “Ti guarderò nel cuore”, another variation of the theme but with lyrics.

I remember seeing the documentary when I was a kid, I don’t remember anything from the film, except the music. I loved the idea of using the same melody with different variations.

This is such a chic song, it captures an era with sophisticated perfection. Although, I’m not sure if it is Paris in the 1930s or a time when The Ziegfeld Follies reigned king on Broadway.

Maharanee is the second song that comes from “The Ziegfeld Follies of 1936”. The first one was “My Red Letter Day” in Week 27. The Follies were a series of revues staged on Broadway, originally by Florenz Ziegfeld, from 1907 until 1931. After Ziegfeld’s death, there were a few more stagings, in 1934, 1936, 1943 and 1957. Of all the Follies, 1936 is perhaps the most famous, not only because the songs were written by Ira Gershwin, but also because it’s the only one which original scripts and orchestrations survived. In 1999, The New York City Center Encores Series presented a concert version of the Follies and made a record of it with the same orchestrations from 1936.

I wasn’t sure where I had found the courage. There I was, planted in the middle of my school gymnasium, waiting for a bunch of fifth graders to settle down, so, I could start singing. The purpose of the morning gathering at the gymnasium was to choose who would represent the fifth grade in the school’s annual singing and recite pageant.

“What will you be singing?” A man with a ‘cuatro’ – a Venezuelan Instrument mostly like a guitar but with only four strings – asked me while tuning his instrument.

It didn’t surprise me. Mar De La Virgen Bonita (Sea Of The Lovely Virgin) was a relatively new song at the time, and only a few knew its accords.

“You’d better go at it on your own.” The man said and walked away.

I focused my attention at one end of the gymnasium, and off I went.

Just like in a movie, the crowd started to settle down and gave me their full attention. I guess I must have sounded good because at the end of my number I got a standing ovation. Oh, who the fuck am I kidding? I’m certain I sounded glorious.

There were still a few kids left to perform, but I was a tough act to follow. My three teachers talked briefly among themselves and decided I’d be the one who would represent the fifth grade in the singing pageant; another kid was chosen to recite a poem. I thanked them for their vote of confidence. However, I asked them if they wanted me to win the competition they needed to provide me with someone playing a musical instrument, I didn’t want to do the song a capella.

My mother was the first one I told about my success when I came back home from school early in the afternoon.

“Come again?” She asked. I’m not sure if she was pleased or surprised.

“I went in, did my thing, and that was it,” I replied nonchalantly. “What’s for lunch?”

“Really? Did you do Mar de la Virgen Bonita?”

“Yes, ma’am. That’s the one I did.” I don’t know why she seemed so surprised, after all, she had helped choose the song, had even typed it for me, and had helped me practice it a bit. Then again, I supposed she did those things because, essentially, that’s what mothers are supposed to do.

Off went my pipes for the second time that day, and I gave another rousing rendition of the song.

“That sounded really good.” She was pleased.

While eating my lunch, I told her my only worry was the lack of musical accompaniment. Nobody at school seemed to know that song. She told me not to worry, she was sure someone would come up with an arrangement of sorts.

As the day of the competition approached, anxiety started to crawl in. I hadn’t found a musician and I began to feel butterflies in my stomach with the idea of performing in front of the entire school assembly. The day before the competition I told my mother I didn’t want to do it. I didn’t want to go to school the day after. Early the next morning my mum came into the bedroom I shared with my brother and asked me what I wanted to do.

I don’t recall the details, and if I were to ask her she probably wouldn’t remember either, but that day Mum let me stay home for the first time without being physically ill. That was so against her character that I can’t help but wonder what was my real state of mind that morning that she kept me at home. Was I freaking out? Couldn’t I handle my anxiety? Did I have a panic attack? Whatever it was, it was clear that my mother decided it was best for my emotional wellbeing not to send me to school that day.

That wasn’t the first time I had anxiety issues at school. Just the year before, I had gone through something similar. For reasons that I still can’t explain I just couldn’t be at school without feeling a sense of panic. I wonder if my mother saw a similar pattern that morning.

I worried what my teachers would say the day after. I suspect my mum must have telephoned the school and offer an excuse on my behalf. When I came to school the next day, I offered my apologies to one of my teachers. She smiled and told me not to worry about it.

There’s a church in Santa Ana / And a Castle in Santa Rosa / Where the Venezuelan woman / proved her heroism. 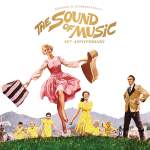 I had to include this song from “The Sound Of Music”, the film soundtrack this time around. The movie was released this month [March] back in 1965, so I kind of feel obligated to feature it on the list. At least, I believe the song works better in the film than it did in the stage musical. In the movie, Maria sings it to the kids who amazingly buy into this kind of puerile philosophy. In the play, Maria and Mother Superior sing it to each other for no particular reason. It feels forced and lesbionic to a certain point.

This makes Miss Andrews sixth appearance on the list. I don’t know how that happened, considering that she’s never been one of my favourite things.

Favourite Lyrics: When the dog bites / When the bee stings When I’m feeling sad / I simply remember my favorite things / And then I don’t feel so bad 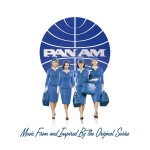 This is a very cool song! Has any other city been showered with more songs about it than New York City? I doubt it. I hadn’t heard this song in a very long time, so it was a nice surprise to see it as part of the TV show PAN AM’s compilation CD. Although my introduction to the song was through Sammy Davis Jr., I prefer this Peggy Lee version, which I’m guessing was the original.

Favourite Lyrics: They say / It’s a great place to visit / But my heart tells me / It’s a better place to live.

I fell in love with this composition the very instant I heard it for the first time during the opening ceremonies of the 2012 Olympic Games in London. The soft and enchanting melody swept me away while Kenneth Branagh recited the “Be Not Afeard” speech from Shakespeare’s “The Tempest”.

Nimrod is a part of 14 variations composed by Sir Edward Elgar between October 1898 and February 1899. Each variation represents a portrait of a particular person in Elgar’s environment. However, Nimrod (Variation IX), is meant to be the representation of Elgar coming out of a period of depression, aided by his friend Augustus J. Jaeger. I suppose that’s why this composition evokes in me feelings of happiness, satisfaction and gratitude.