I’ve always been fond of La Merman. I’m not sure if it’s because she’ reminds me of my mother’s favourite cousin, Isabel, or because Ethel was the first diva I ever became aware of.

I’m almost sure I first saw her on a rerun of “The Lucy Show” where she played herself but was pretending to be someone else. In typical Lucy fashion, she tries to get Merman to perform in a PTA benefit or something like that; not only I was charmed by her, but what a set of pipes she had. Probably around the same time, I saw her on an episode of “That Girl” with Marlo Thomas. Again, she played herself doing some sort of show where Thomas’ Anne Marie had a walk on. Once again, she charmed me.

Little by little, I started to gather as much as I could about her; songs, interviews, etc. Then, all of a sudden, one day she had become this larger than life character, reminiscent of a motherly and doting drag queen, if you will.

I remember one day, I must have been 14 or 15, I was shopping with my parents at an imports/antique store when I saw “The Ethel Merman Disco Album” among the records. I asked my mother if I could buy it. I’m pretty sure my request must have confused her, or sent her some sort of signal. Why would I want to purchase a record with an older version of her cousin Isabel wearing a caftan at a discotheque on the cover? She said no. I understood.

Fast-forward more than 20 years, a few days before the big blizzard of 03 hit the east coast of the United States, I got my copy of “The Ethel Merman Disco” from Amazon. The record had been issued for the first time on a compact disc. After reading the CD insert, I found out that she didn’t record the songs with the disco orchestrations; she wouldn’t allow it. She came in the studio, sang all of the songs the way she had been doing it for years, and she was out of there in one day. It’s clear that La Merman wasn’t into the disco craze of the late 1970s, however, being a savvy businesswoman; I suppose she just saw the possibility of making money. By doing that, she also cemented her status as a true “Diva”. Even Donna Summer said so. If I’m the queen of disco, you are the Disco Diva, she told La Merman when they both ran into each other at the recording studio. “The Ethel Merman Disco Album” is camp gold, go out and buy it. You will have a blast.

This Will Be (An Everlasting Love) – Natalie Cole

Not straying away far from the disco era, here’s one of my favourites from that period, This Will Be (An Everlasting Love). I remember when this song came out, it is perhaps one of the first pop songs that I recognised as such, it used to play on the radio all the time. I believe it is one of the few songs from that era that can still play nowadays and blend perfectly with today’s trends.

Sometime in the early 1990s, I saw Natalie Cole in her “Unforgettable” concert, and as a reprieve, she did This Will Be (An Everlasting Love), but with a big band arrangement. It was as gorgeous as its R&B version.

Favourite Lyrics: This will be, / you and me, / yes sir-ee / eternally / Hugging and squeezing, and kissing and pleasing, / Together forever through rain or whatever.

Ludwig makes it to the list not for its classical roots, but rather for an association with mainstream culture. An electronic variation of Turkish March was used as the central theme of the most popular TV show in Latin America in the 1970s, “El Chavo”. Every kid who grew up in Latin America during that decade, and those who came after, have grown under the influence of this Mexican sitcom created by Roberto Gómez Bolaños ‘Chespirito’.

The farcical show centres around a nameless orphan only known as “El Chavo” (The Kid) who lives in a barrel in a low-income building block. His interaction with the rest of the block’s residents is full of physical comedy and gags for the younger viewers, but at the same time, it offers double entendres for its older audiences.

For years, I thought the show to be just a silly reminder of how easy I could be entertained when I was a child. It was only recently, after watching a few episodes on Netflix that I came to appreciate how smart the show was. I found myself laughing out loud at many of their situations. There’s a reason why after 45 years the show still plays non-stop throughout the Americas.

Up With End Credits – Orchestra 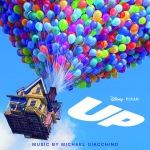 This is not the first time I have featured a song from the “Up” soundtrack. Now that I’m approaching the end of the list, and I’ve already listened to my entire music library a few times, it is safe to say that this is my favourite score of all time. Never have I seen a better example of a movie where the score drives the narrative, rather than just being an element in the background that you would only notice if all of a sudden it wasn’t there anymore. “Up” is a movie that is told from its soundtrack point of view.

Its composer, Michael Giacchino, won multiple awards for the outstanding score, including and Academy Award, which put him a ‘T’ short of being an EGOT – a select group of people who have won at least an Emmy, a Grammy, an Oscar and a Tony award.

I’m definitely a child from the 1970s, something that has been more than evident this week.

Although the golden age of movie musicals was in the 1940s and 1950s, I consider “Grease” to be one of the best musicals ever made. It is a movie that will never get old. It is also a film that has joined that Parthenon where only movies like “The Wizard Of Oz” and “The Sound Of Music” belong. For almost four decades, the film has earned a new set of followers every year.

We Go Together, in particular, is one of my favourite musical sequences in any movie, not shot on a soundstage.

You see, although I love movie musicals, I can’t stand the ones shot outdoors. I only buy the ‘musical logic’ if the numbers are presented in a fabricated environment inside a gigantic soundstage. However, the flawless combination of elements in this musical number makes me see beyond the realistic look of the scene and I buy into it. I believe the cast nailed the number and the dancers beautifully executed the stunning choreography. The camera movement is fluid and the editing is unobtrusive. We Go Together’s effervescence and joy, being the movie’s finale and all, sends its spectators away with an unequivocal feeling that there are such things as happy endings.

Okay, I give up. This is the third time this song appears on the list, so I’ve moved it into my Top 10 Contender List

I often wonder if I should look more into the reason why I like this song so much, but I stop myself from going down that route. If I have decided not to actively pursue a relationship – at least for now, and as much as I often miss being in a relationship, I shouldn’t allow a song’s message to question my decisions. Sure, songs have been an important companion and at times source of inspiration and strength throughout my life, but I have to draw the line at some point. As lovely as any song can be, I can’t allow it to take me and keep me a hostage in its daze, that is a very dangerous path. That would mainly be checking out from reality, and as I learned in my thirties, that’s not a good thing to do.

Favourite Lyrics: Why can’t I fall in love / Till I don’t give a damn / And maybe then I’ll know what kind of fool I am. 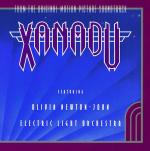 Let’s finish this week, mostly dedicated to the 1970s, with this song from 1980’s flop “Xanadu”, perhaps the worst movie ever made containing a stellar soundtrack. I’m just not saying that. The soundtrack was critically praised and went on to become double platinum in Canada and the USA.

Some may not know this, but in this movie, Gene Kelly played Danny McGuire for the second time. He first played it in one of my favourite movie musicals, “Cover Girl” in 1944 along with Rita Hayworth and Phil Silvers. If this was the same Danny, I was glad to see his life as an entertainer had made him a lot of money. I wonder what ever happened to Rusty (Hayworth) and Genius (Silvers), though.

Whenever You’re Away From Me is particularly poignant as it was Gene Kelly’s last dance on a movie. Here it was, a man who for almost 40 years had been the prime star of the American movie musical having one final dance on celluloid with the ever-so-charming Olivia Newton-John. In every movement and step, I can see him dancing with his former partners, like Judy Garland, Cyd Charise and Debbie Reynolds, among many others. There’s so much history in that scene, it is an exceptionally lovely moment. I often wonder what it must be for Olivia Newton-John to know she was Gene Kelly’s last dancing partner on film.

Favourite Lyrics: I only have to close my eyes dear / And suddenly I’m where you are / You better never stray / Cos I’ll never be far away